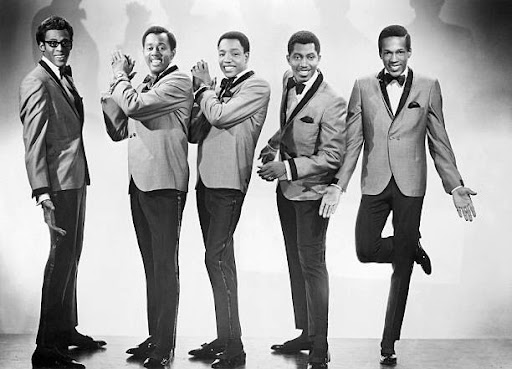 The Sounds of Blackness in Music Therapy: What I’ve Learned and What I’m Learning

“You know there won’t be many people who look like you, right?”

These words were the first ones my dad spoke when I told him my decision to study music therapy at Belmont University. I can’t say that I fully understood the implications of this reality when I first pondered it. I wanted to help my community achieve emotional and mental wellness, and I wanted to use music to do it. I needed to learn how to accomplish this by whatever means necessary. Yet while I didn’t care about the predominantly white status of my learning environment, I also didn’t understand the complexity of entering a predominantly white field.

Throughout my music therapy education, opportunities to work with Black clients and populations were scarce. However, opportunities to sing Black music – that is, music created by Black people – were endless. Then and now, I find myself singing Black music for and with people of all races and ethnic backgrounds. During these last few months of internship, I’ve played the Blues, the jazz stylings of Louis Armstrong and Ella Fitzgerald, as well as numerous songs from the Motown era on a weekly basis. I even played a little Black Gospel. Then, within the span of two weeks, I played Precious Lord for one Black patient and sang the Blues with another. After each of those interactions, I became acutely aware of the differences between playing Black music for Black people and playing it for people of different backgrounds.

This difference is well-articulated in a quote from the documentary Summer of Soul, which features footage from the 1969 Harlem Cultural Festival in New York City, and interviews from attendees/performers. “Those were our people, creating things that made us feel good about ourselves,” former NY Times reporter Charlayne Hunter-Gault commented. “And to see them break through, we were so proud.” Here, the phrase “break through” refers to the shift from being famous among the Black community to being famous in mainstream America. This shift explains why most older adults I work with know and love the song “My Girl,” and also why the Black older adults I’ve encountered sing along with a different energy.

For Black people, Black music brings about more than just a feeling of nostalgia; Black people listen to the music they and their ancestors created with an understanding of the pain and trauma that necessitated it. Furthermore, Black music was a means by which the Black community honored and uplifted itself, at a time when no one else would. From the 20th century to now, Black people refer to the sounds of Motown, Soul, Gospel, and other modern-day Black genres as the “sound of freedom,” not just because we discover freedom in the creative process, but because that process is the way in which we demand it.

Even songs and genres outside of the Black tradition reveal the unique relationship Black communities have with music, because Black individuals play and sing these songs from a unique perspective. For example, many people of various ethnic backgrounds sing the song Amazing Grace. Yet, none sing it like Aretha Franklin’s rendition performed at an L.A. Missionary Baptist Church in 1972. For those present that day, and for Aretha, the lyrics of the song took on a different meaning.

The question now is, what music therapy implications arise from appreciating the Black perspective in music? Reverend Al Sharpton comments in the Summer of Soul documentary, “Gospel was more than religious- Gospel was the therapy for the stress and pressure of being Black in America…we didn’t know anything about therapists, but we knew Mahalia Jackson.” Music therapists are distinctly qualified to address and support the well-being of Black communities in America for this very reason- music is our medium.

The present challenge is for music therapists of any color to be able to lean into the unique ways in which Black clients and patients engage with music. While no one is suggesting that music therapists probe lyric analyses and discussions on racial trauma and discrimination when playing Sam Cooke’s Change Is Gonna Come, one must consider that context when the clinical choice is made to play it live. When appropriate, other options include engaging with the original recording and supporting the client/patient in singing the song.

Music therapists don’t need to do anything that is inauthentic to them; rather, understanding the Black perspective in music allows space for Black clients to be authentic to themselves and to their forms of expression. Black clients should be free to improvise musically, cry, shout, dance, double-clap, and engage with music in any and all of the ways in which they know how. Thus, music therapists need to familiarize themselves with the culture and sounds of Blackness so that this space can be intentionally created and celebrated. As a starting point, I encourage you to engage with Black American music in conjunction with the embedded links and references in this post, as listening to music with contextual knowledge makes a difference.

For a focused yet extensive look at Black American repertoire, check out the following playlists:

For more cultural context, check out the following artists and media influencers who highlight the intersectionality of music and Black culture.