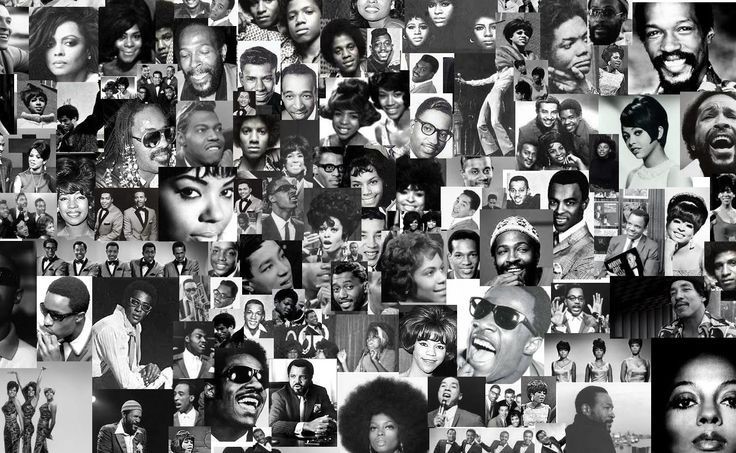 American music would not be what it is today without Black musicians. Period. Too often styles of music and songs were stolen, appropriated, and watered down by white folk. As music therapists especially, we must understand the history behind the material we are using to heal others.

White musicians have been stealing music from Black musicians throughout the history of American music, from Elvis Presley to the Beatles. For example, the famous song “Hound Dog” popularized by Elvis who received all the credit for it, but its original performer is Big Mama Thornton, along with Otis Blackwell who wrote several of Elvis’s big hits.

Chuck Berry has had this list of songs stolen by the following artists, all songs commonly used in music therapy sessions:

The United States of America has been built by Black people. The foundations of American music were created by Black people. Black people invented the blues, jazz, disco… the list goes on and on. The common theme that we see too often is white people taking credit for the creations of the Black community. Some Black artists were played on the radio, but once they were offered a television show, it was promptly cancelled because white audiences did not approve. This happened to Nat King Cole. It’s important for current music therapists to understand the history of all genres we use to help our clients, where each come from, and how they have been altered.

From The New York Times Magazine:

““White,” “Western,” “classical” music is the overarching basis for lots of American pop songs. Chromatic-chord harmony, clean timbre of voice and instrument: These are the ingredients for some of the hugely singable harmonies of the Beatles, the Eagles, Simon and Fleetwood Mac, something choral, “pure,” largely ungrained. Black music is a completely different story. It brims with call and response, layers of syncopation and this rougher element called “noise,” unique sounds that arise from the particular hue and timbre of an instrument — Little Richard’s woos and knuckled keyboard zooms. The dusky heat of Miles Davis’s trumpeting. Patti LaBelle’s emotional police siren. DMX’s scorched-earth bark. The visceral stank of Etta James, Aretha Franklin, live-in-concert Whitney Houston and Prince on electric guitar.

Delvyn Case, a musician who teaches at Wheaton College, explained in an email that improvisation is one of the most crucial elements in what we think of as Black music: “The raising of individual creativity/expression to the highest place within the aesthetic world of a song.” Without improvisation, a listener is seduced into the composition of the song itself and not the distorting or deviating elements that noise creates. Particular to Black American music is the architecture to create a means by which singers and musicians can be completely free, free in the only way that would have been possible on a plantation: through art, through music — music no one “composed” (because enslaved people were denied literacy), music born of feeling, of play, of exhaustion, of hope.”

Are you aware of the definition of Culture Appropriation?

As music therapists we spend a lot of time studying the music we use. Let’s not fall into the category of appropriators, but instead arm ourselves with knowledge to uplift every patient we serve.

“Over the years, you see in the 1920s and 1930s, Black music was very underground, very benign, marginalized,” said Lisa Tomlinson, a cultural critic, formerly of York University and now a lecturer/professor at the University of the West Indies. “It was seen as sleazy. In a lot of cases, when this music becomes mainstream, it becomes disassociated from Black experience and Black context. We talk about cultural appropriation… we reduce it to just borrowing, or sampling, another reductionist term. ‘Borrowing’ or ‘sampling’ sound like nice words, because they sound like an equal exchange. But there’s a power dynamic embedded in that borrowing.”

For example, she points out, Bob Marley wrote the classic tune I Shot the Sheriff in 1973 and performed with The Wailers. It wasn’t until 1974 that it hit No. 1, when Eric Clapton redid the song. It was inducted into The Grammy Hall of Fame in 2003 and is frequently associated with Clapton.”

Here are some resources for music education and inclusion from @jenziaburgos on Instagram:

𝙄𝙛 𝙮𝙤𝙪 𝙙𝙤𝙣'𝙩 𝙠𝙣𝙤𝙬 𝙩𝙝𝙚 𝙝𝙞𝙨𝙩𝙤𝙧𝙮 𝙤𝙛 𝘽𝙡𝙖𝙘𝙠 𝙖𝙧𝙩𝙞𝙨𝙩𝙨 𝙗𝙚𝙝𝙞𝙣𝙙 𝙮𝙤𝙪𝙧 𝙛𝙖𝙫𝙤𝙧𝙞𝙩𝙚 𝙢𝙪𝙨𝙞𝙘, 𝙮𝙤𝙪 𝙙𝙤𝙣'𝙩 𝙧𝙚𝙖𝙡𝙡𝙮 𝙠𝙣𝙤𝙬 𝙮𝙤𝙪𝙧 𝙛𝙖𝙫𝙤𝙧𝙞𝙩𝙚 𝙢𝙪𝙨𝙞𝙘.⁣⁣⁣ ⁣⁣⁣ File this under ⤵⁣⁣⁣ How we can honor Blackness and confront racism in our everyday hobbies, interests, and creative pursuits.⁣ ⁣ Something my work as a music journalist has taught me is to always ask questions about the music I’m consuming, rather than being an idle listener. Those questions can look like these and more:⁣ ⁣ ⇁ What’s the story behind this music?⁣ ⇁ What’s the artist’s identity? How does that inform their music?⁣ ⇁ What might this music mean to its intended audience?⁣ ⇁ What does it mean to me? If it means something else, why’s that?⁣ ⁣ These questions almost always unravel conversations about race (and class, gender, sexuality, religion, and nation). I know many might avoid asking these questions for fear of “complicating” their experience with music. Instead you might focus on things like instrumentation, craft, production, danceability, etc. But as someone who loves music as their Literal Job, I’m here to share why that alone is not enough. ⁣ ⁣ This hands-off approach completely fails to acknowledge the WORK that Black artists put into an industry we all consume on the daily—one that still fails to credit, support, and protect them fairly to this day. It’s where we get appropriative, revisionist, and racist ways of dealing with music. Your willful ignorance is exactly what music corporations want. They *want* to be able to easily categorize (a.k.a. segregate) Black artists into monolithic genres—i.e. “urban.” They don’t want you to know that American music is Black music, period.⁣ ⁣ Please also consider this as applicable to any art or entertainment we consume—be it film, dance, fashion, or beauty. If you admire and/or work within any of these fields and haven’t learned about the Black people who built these industries, I urge you to begin now. That’s even if you think you already ride for Black artists just by watching or listening to them—you must also work to support a culture that protects them.⁣⁣ #amplifymelanatedvoices #blacklivesmatter

When we say that racism is ingrained in every part of our life, we mean it. Even children’s songs that we might’ve sang to our own, are often rooted in or inspired by racism. Here are some examples of how these types of songs got their start and how they permeated our livelihoods for the furtherment of the racist white supremacist agenda.

Sample of compilation by Lauren McDougle

Many powerful and popular black artists exist to incorporate in your repertoire list as a music therapist. Some of my favorites to use are:

This song can be used in most adult populations, and can be used as a mood identifier and as a vehicle to discuss how an individual or group is feeling. There is an instrumental part that can be used for improvisation and solos. It’s also a great song to dance to!

This song is a classic with a positive message of “every little thing being is gunna be alright”. It can be used with older adults, adults, teens, and even children due to its simplicity, and can be accompanied by a book with inclusive visuals that provide representation and be used on zoom calls!

This song is powerful and refers to an individual being the light they need in dark times. It’s message is empowering, comforting, and can be used for anyone. It can used as a receptive song, or could be used as a chant with lyric substitution.

Here’s a playlist I made of songs that can be used in a variety of settings, all by black artists. Take a look and listen to see what you could use!

Here is a book written by Dan & Claudia Zane, full of children’s songs from different backgrounds and cultures to help diversify the repertoire used with your younger patients.

“Claudia, Donald, and I all share in a love of songs as cultural currency – currency that tells us in poetic, emotional, nonsensical, sobering, and illuminating ways who we are and where we came from – and a belief that the joy of music making is something that’s available to one and all. These are the main themes of the book.”