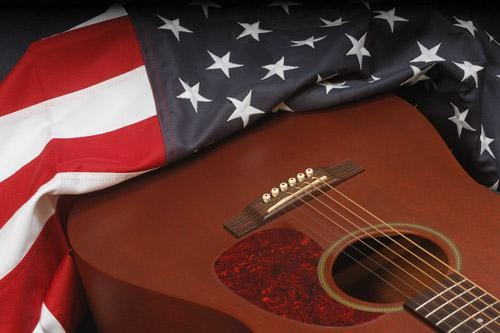 03 April In Blogs by MusicWorx

The Battle of Fearlessness 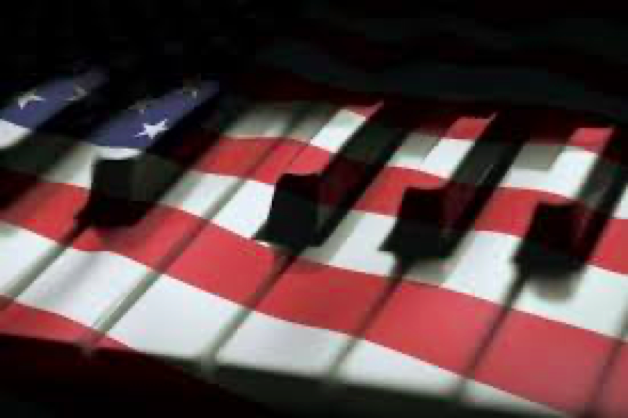 Sound off… one, two!

Ever since junior year of my undergraduate studies, I have had a great interest in working with active duty military and veterans through music therapy. Throughout my time in college, this interest became a running joke in my classroom. My fellow students would poke fun at me, saying, “Katherine will definitely do her project on military music therapy,” or, “Katherine, I found the coolest article about military music therapy, but I am sure you’ve already seen it!” What’s even funnier is that if you were to ask me how this interest became a personal passion of mine, I am not sure I could tell you. It appears to be one of those unspoken passions that does not need a reason for beginning. Nevertheless, I spent countless hours in my undergraduate career reading any article I could find on the subject. I completed not only a detailed literature review including any and all of the available research I could find, but used that information to conduct a small survey study of music therapy student competencies with military populations.

Bottom line, I spent quite a bit of my time and energy absorbing as much information on how to approach treating this population with our beloved profession as I could. I knew the minute I was accepted to MusicWorx, I wanted to make either my special project or my case study pertain to active duty military or Veterans, but I had not known exactly what I wanted either project to look like. Luckily my wise leaders guided me down the right path, and I was offered the opportunity to develop a therapeutic voice protocol for the Semper Sound Band, one of Resounding Joy’s Semper Sound programs that helps current and retired service members through music therapy.

Singing to be Heard

I was so excited to begin this project, but not without some slight apprehension. Sure, I had been singing since age 2,  but did I really know THAT much about the voice? How was I going to make this interesting and fun? And most importantly, how was I going to make this as therapeutic as possible? However, I was up for the challenge, and I had an inclination that I was right where I was meant to be.

I spent my time over the Winter Holiday contemplating, planning, and reflecting on my nearly 10 years of vocal training. I was doing a fair amount of research for my case study at this time, too, and came across Iliya (2011). This article was incredibly helpful for me during this experience. Though it was not specifically about the military population, Iliya details a group of homeless individuals’ journey through the therapeutic use of the voice. What I found particularly beneficial was Iliya’s detailed descriptions of techniques that I hadn’t ever used before. I was able to use this article as a reference to adapt therapeutic vocal techniques for the goals of my project, and I referred to Iliya often throughout my time with Semper Sound.

Since having observed the group a few times prior to my facilitating, I had goals in mind when developing the rough draft of my protocol. First and foremost, I wanted them to learn. After all, their request for more vocal education was the biggest reason I was recruited (pun intended) to facilitate this voice workshop. By the end of my time with the band, I was aiming for the group to walk away feeling like they had really gotten to know their portable instrument; how to care for it, warm it up, and why it is such a precious thing. I also wanted them to sing. This may seem obvious, but chanting, to my knowledge, was not something the group took part in in their typical rehearsals. I wanted the chants to be motivational, personal, relatable and fun. In order to ensure these ‘wants’ turned into ‘are’s,’ I conducted the chants in a call-and-response fashion, a form closely resembling the marching cadences seen across all of our military’s branches. Lastly, and most importantly, I wanted to tap into the concept of fearlessness. This is a term the Semper Sound Band uses quite often, and also happens to be one of their three approaches to playing. I wanted to create an environment of experimentation, trying new things, and vocal expression.

By the end of the break, I had a plan and a protocol, which would include the following: portions of education on the voice, breathing, stretching, vocal warm-ups and exercises, and mindfulness and chanting; all compiled into an informational booklet. As I sent confirmation emails to my supervisors attached with the draft, I couldn’t help but get glossy-eyed over the outcomes I envisioned.

Let it be known that at the very beginning of our internship, we take what is known as the Strengthsfinder exam. This is an assessment which gives you a set of scenarios and, based on your answers, provides you with a unique set of strengths that pertain to your personality. In this case, it was only fitting that my number one strength is Futuristic. And as the Clifton Strengthsfinder official website states, those with Futuristic as their strength are, “..inspired by the future and what could be. They energize others with their visions of the future.” Looking back at this now, I cannot help but laugh. I had a definite end in sight, but my map to get me there was not quite clear. Though I was eager to begin this journey of finally getting the opportunity to work with the population I spent so much time studying, I hadn’t a clue how much my plan would change, and I certainly had no idea how much I, myself, would learn. 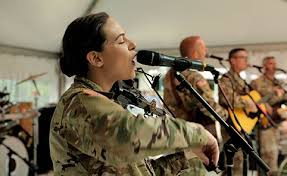 In January, on the first day of the beginning of the 7-week facilitation, I was bright eyed, bushy-tailed, and secretly, incredibly nervous. Luckily, everything went smoothly, and when we got to the chanting portion, I was overjoyed with the power and willingness of this group to sing. The first week, I did a chant I called “Up Above My Head,” based off of the Gospel song of the same title. I started with a brief mindfulness exercise, asking the group members to consider their previous year. I then encouraged them to consider things they wanted to let go of from that year and leave behind. Afterwards, I asked them to consider things they wanted more of in the next year. The chant is as follows:

Up above my head
There’s a song everywhere

The two underlined portions are the lines with which we incorporated responses to the theme of that week’s mindfulness exercise. It took a few seconds of silence before members spoke up and shared their thoughts including a response that became one of my favorites during this entire experience: adding more color to grey in the new year.

I soon realized I would not reach my glossy-eyed visions unless I did an important thing: adapt. The first two weeks went smoothly, but I was beginning to lose direction in the development of the program. When week 3 rolled around, I hit one of the sharpest learning curves I have ever hit. This week was when I wanted to really hone in on the fearlessness modality of the group via the chant writing, something the group members expressed they were interested in, as well. I spent the whole week prior to our meeting time constructing outlines for them with possible subjects and came up with a simple tune. In my facilitation, however, I had forgotten one simple, but important concept: getting back to the music. I had gotten a decently fueled conversation going about our topic, but found myself at a halt. Luckily, my supervisor stepped in to model a completely vocally improvised chant based on the conversation. Exactly! I thought. I joined in jubilantly, and we created a beautiful chant, beginning with the lines that came forth from my beginning conversation:

I felt so silly for not utilizing the assessment skills I worked so hard to develop. This group is willing to try anything, and it only made sense both with my goals and with their preferences to vocally improvise!

We spent the remaining weeks of the project chanting in this fashion. Starting with me or my supervisor initiating the chant, we put participant’s responses to the mindfulness prompts to song, or we sang a chant we had already created, and embellished it further with expressive sounds and words. A few group members even added in their own flair with and without prompting in these remaining weeks. Regardless, the group was present, participated in singing, and I received wonderful feedback from them. I ended up incorporating not only vocal improvisation through chanting in the protocol, but was even able to make our vocal warm-ups more therapeutic using intuitive singing. I encouraged the group members to breathe together, sing the lowest note comfortable for them, and simply listen. In listening, we adjusted our pitch to match, and the group followed me in singing variations of the major scale while humming, or on different vowels. For a few weeks, we even used a loosely adapted  form of toning, vocally improvising by singing what came to be known to our group as “filler words,” which I defined as “words and sounds that do not harness definite meaning, but are still expressive in nature (i.e. woah, na, na, na, hey, etc.).” With this, we talked about the importance of having intention behind what one is singing, even if the words or sounds do not have a definite meaning.

All of the adaptations and the new chanting form were changes I had not seen in my Futuristic perspective. I was so fixated on the end result, having the best protocol possible and the most organized booklet, that I often got lost in the process in between. Receiving feedback from my supervisor was incredibly helpful in this process, and allowed me to gain more direction. Each week, I learned to focus less on the end result, and instead plan week by week.

I learned more from this group of guys in 7 weeks than I ever thought I would. I learned the importance of supporting one another, caring about your craft, being a team player, but most importantly, I learned how to be fearless. The new facilitation style I had to adopt and the protocol I developed required fearlessness from me, too. I’d be lying if I said I gained complete confidence in those 7 weeks, but I certainly shook off some of the doubts holding me back. Though I had spent many years reading about music therapy with this population, it in no way compared to the actual facilitation style. Granted, this was with just one of the many groups around the nation now providing music therapy for military members, but I was able to learn an entirely new approach to music therapy from this process. My time with this group was a testament to the necessity of “doing,” that is involved in music therapy training. When I began this journey, I had no idea what it would turn into, let alone a whole booklet full of resources, outlines, and a protocol. I look forward to continuing this journey, adapting the protocol, and continuing to better my booklet as I begin my journey as a true professional in the coming weeks. Until then, sing on.