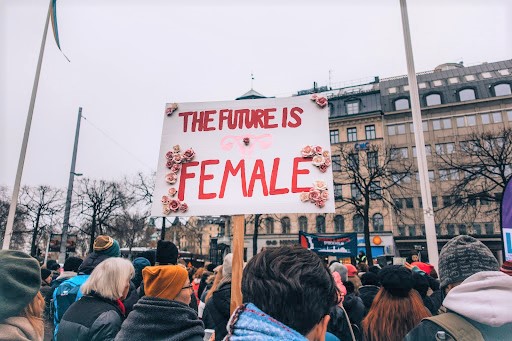 09 May In Uncategorized by MusicWorx

Why We Need Feminist Music Therapy

Somehow people still hesitate when you ask if they identify as a feminist, or even just what the word means. People feel afraid to call themselves feminists, like it’s a bad word, or it places you too far on one end of the sociopolitical spectrum. Just the word itself carries baggage, misunderstandings, and negative connotations. At its core, however, the concept of feminism is really quite simple. The Merriam-Webster dictionary defines feminism as “the theory of the political, economic, and social equality of the sexes.” So, equality. Simple, right? Unfortunately, we need the word “feminism” and not just the word “equality”- to highlight the fact that women disproportionately face discrimination in societies around the globe.

The book Cultural Intersections in Music Therapy: Music, Health, and the Person outlines a large number of minority cultures, races, religions, sexual orientations, and more. Each chapter has a section about how women face oppression within each minority group. Realizing this gave me the true understanding that this oppression is a massive worldwide issue. Sexism ranges from sexual assault to microaggressions to unrealistic depiction in the media. The United States still has a significant 23% gender wage gap, few women are represented in leadership roles in the workforce, and the worldwide average of women in politics is only 20%. A stigma exists towards ambitious and empowered women while these are seen as positive qualities in men. Women are far more likely than men to be subjected to domestic violence and sexual assault. Microaggressions are so finely ingrained in our society we have become accustomed to them. Women accept catcalls and often don’t report their abusers, feeling as if there is no hope for social change when we are continuously placed in assumed societal roles.

Yes, it can feel as if we have no hope for change, but I believe it is possible if we find ways to get creative with our advocacy. We can shift our perspectives in all aspects of life: relationships, work, societal norms, etc. For me, this means taking social justice into my work as a music therapist. In a field that depends on advocacy, it only makes sense to advocate for our clients too. Music therapy is a female-dominated (90%) profession. The fact that most music therapists are women does not mean that we all come from a feminist perspective. We still live in a gendered world, and all come from different backgrounds. Some may claim to have “gender blindness” as they might have “color blindness” when it comes to race, but I don’t believe that is possible in the society we live in due to implicit or explicit biases. We should see people for their unique experiences, and how society affects them… which brings us to the concept of feminist therapy. 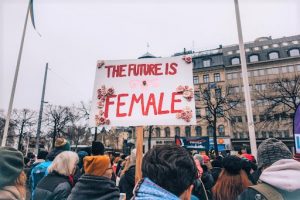 What is Feminist Therapy?

Feminist therapy is a culturally-informed approach that understands the silencing of women within the current socio-political context. Therapists have the understanding that women may experience mental health struggles due to these stressors. It aims to empower women to address personal transformation, increase self-esteem, self-worth, and build a strong sense of self. Assertive communication skills are strengthened within a strong therapeutic relationship. It also extends beyond the therapeutic relationship, and encourages the initiation of social change.

Feminist therapy is built on several principles, one being viewing people through a personal and political context; a client’s cultural, political, and social circumstances are taken into consideration in assessment. Therapists are required to be informed, neutral, and valuing of diverse perspectives. Feminist therapy is built on a strong, egalitarian relationship, with the client and therapist on the same playing field. Trust and rapport are important to establish with any client, however women specifically seeking feminist therapy may be coming from a history of power-imbalances and repeating that dynamic would inhibit the treatment process. Finally, a feminist therapist focuses on strengths over weaknesses and labels. Highlighting a person’s aptitudes and abilities will help to inspire change and improve self-esteem and worth, rather than label with a negative diagnosis. Feminist therapists may also encourage clients to engage in social activism, viewing the issues as bigger than one person. Making change beyond the therapy room is empowering and creates a sense of self and identity within a community. Additionally, all genders can practice feminist therapy- it is not exclusive to women. Just as all genders can absolutely identify as feminists, this approach to therapy is accessible to anyone.

How Does This Transfer to Music Therapy?

Music therapy can easily adopt new perspectives and approaches as necessary due to the wide variety of populations and settings music therapists work in. Just as some music therapists adopt a humanistic, behavioral, or neurologic approach, (or a combination) a feminist approach can easily be adopted too. The mindset is based on coming to the therapeutic relationship from a neutral and unbiased (or at least aware of biases) place. This transition is important to consider, as it can be applied to all disenfranchised groups of people in need of social activism.

At its core, music therapy is neutral; it is simply focused on the client’s responses to music within a therapeutic relationship. Theory of feminist therapy is neutral and unbiased as well, and the individual and social change becomes activated through the therapeutic relationship. Both music therapy and feminist therapy bring an understanding of the need to provide validation and strength. Music therapy brings a creative medium that allows opportunities for success, self-expression, emotional processing, developing identity, and self esteem. Music can elicit memories, facilitate emotional, physiological, and cognitive responses, and sets up a validating and errorless space for self-expression. Clients are actively and positively involved in the treatment process, and experience enhanced feelings of confidence, control, and empowerment- which are all goals of feminist therapy. 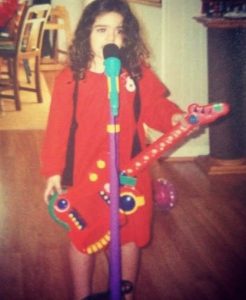 So, what does feminist music therapy look like? Music can be essential to either verbal or non-verbal processing; it is a gentle stimulus, and often an easier way to express closed off or traumatic memories than using words. Music therapy creates a safe and validating space, which promotes expression, security, and self-confidence. Through music improvisation, clients are able to create music without a specific intention. Spontaneous music making allows for an authentic and present expression of compressed emotions and experiences. Music improvisation, songwriting, and lyric analysis can all address emotional and cognitive goals. These interventions can easily transition to recording music or performances, which can boost self-esteem and further support sense of self. Music therapists can use relaxation techniques and guided imagery as well to provide safe relaxation, and give clients self-nurturing coping skills.

I believe it is time to reclaim the word ‘feminism’, and use it in a productive and accurate way. Music therapy is all about advocacy: advocacy for the arts, for the healing elements of music, and the clinical evidence of successes in music therapy. Music therapists are well-equipped advocates, and I believe we can create social change by advocating for the true needs of our clients and society. Personal empowerment leads to social activism and, in turn, ultimately a change in societal perspectives. I encourage you to consider what feminism looks like in your daily life, and ways you can incorporate it into your work, whether you are a music therapist or not. For more information about feminist music therapy, check out works by Susan Hadley and Sandra L. Curtis.