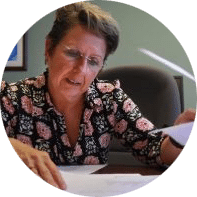 A financial collapse is threatening the survival of the Parkinson’s Association in San Diego, which has spent the past 27 years helping thousands of people cope with the life-altering disease.

Its cash reserves depleted, the organization laid off its final four employees last week, culminating a downsizing effort that started last year. Today its executive director is working as a volunteer, and the nonprofit is struggling to pay its $5,000 monthly rent for an office devoid of workers.

The fiscal emergency has severely degraded the group’s ability to be a prime resource for the estimated 15,000 to 18,000 San Diego County residents living with Parkinson’s disease, a neurological disorder that causes a host of symptoms including tremors, loss of balance and difficulty with walking.

Several expensive programs launched by the organization, along with a drop in donations, have led to the current financial problems, said Edward Fitzpatrick, vice president of the association’s board of directors. Initiatives that were designed to be self-supporting did not pan out, making the current drastic reorganization necessary, he said.

“It just blew up on us, so to speak, and now we have got to get our hands around it and fix it. We are confident we can do that,” Fitzpatrick said.

He and executive director Lisa Fine said they believe the association must return to its core services, which include serving as the local authority on Parkinson’s disease — providing accurate and practical information to patients and caregivers, hosting low-cost but valuable educational events and connecting clients with support programs operated by other organizations.

In contrast to the expanded slate of in-house programs that pushed the association’s annual budget past $700,000 in recent years, Fine said concentrating on core projects would require closer to $250,000 per year.

“For the most part, the services that we offer are not terribly expensive. It just takes staff to organize them,” she said. “We’re going to find ways to do them that aren’t going to cost the community a whole lot of money.” 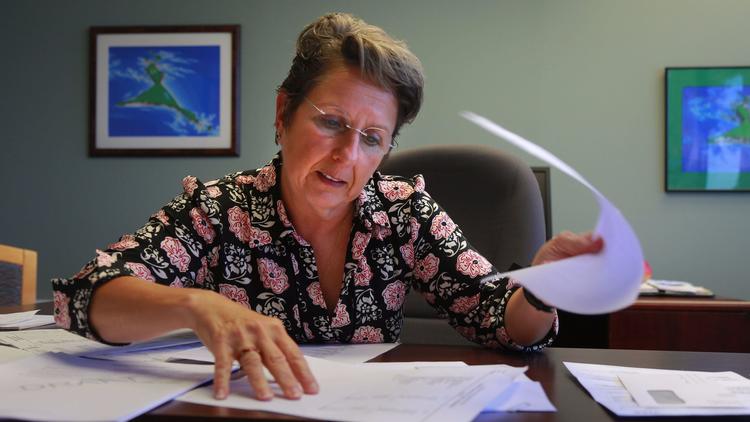 Lisa Fine, executive director of San Diegos’s Parkinson’s Association, uses a draft audit to explain the financial troubles that have forced the organization to temporarily suspend most of its programs. (Peggy Peattie, San Diego Union-Tribune)

For the moment, the association — which does not receive funding from the National Parkinson Foundation — is on life support.

In addition to Fine, several board members are volunteering their time and trying to keep some programs running. But some critical functions, such as a popular information and referral hotline and monthly “good start” workshops for newly diagnosed patients, have been put on hiatus.

Fine and Fitzpatrick said in recent years, the organization’s biggest drag on resources was an in-house counseling program meant to help people cope with the often-crushing depression caused by news that they have Parkinson’s disease. While it was ambitious in scale, and believed to be unique, the program forced the association to move into larger offices in Serra Mesa so there would be enough room to bring in four contracted psychiatrists.

Fine said there was never enough patient volume to sustain that number of medical professionals, and Medicare reimbursements turned out to be less than projected. Currently, the program is all but defunct.

There is also a bit of financial malfeasance in the association’s recent past.

A draft audit of the group’s 2015 fiscal year noted that a former controller made $111,965 in “fraudulent disbursements” from 2012 to 2014. An insurance policy covered the loss and the employee was fired and prosecuted last year.

Meanwhile, charitable contributions have dwindled. Fitzpatrick said the nonprofit’s largest annual fundraiser, the Fighting Parkinson’s Step by Step 5K run/walk, brought in 30 percent to 40 percent less money in April than it usually did in earlier years.

It is unclear what specific factors have resulted in the donations decline, although the association’s auditor highlights its previous relationship with Summit for Stem Cell, a San Diego-based charity that has been championing stem cell research led by Jeanne Loring at The Scripps Research Institute in La Jolla since 2011.

An agreement between the two organizations basically allowed Summit to piggyback on the association’s nonprofit status in exchange for 12 percent of any money Summit raised. That arrangement ended late last year, when Summit moved its money to a different charity administrator.

Jenifer Raub, Summit’s president, said her group’s board became uncomfortable with the association’s financial troubles and found that another local charity was able to serve as a fiscal sponsor at half the cost.

The money raised by Summit has always been earmarked for research, not patient-assistance programs. However, the draft audit found that enthusiasm for Parkinson’s-related stem cell research did negatively affect the association’s ability to raise money for non-research services. It concluded that “in some cases, (Summit for Stem Cell) permanently siphoned away the support of a number of Parkinson’s [Association] longtime donors.”

Fitzpatrick, himself one of 10 participants in the Parkinson’s stem cell trial that Summit is backing, said he does not accept that explanation. He believes the association simply did not work hard enough at the fundraising game.

“I think we just didn’t have the people at that point in time to chase after the donors we needed. We didn’t follow up the way we should have,” he said.

Raub, who said Summit has since raised an additional $1.5 million for Parkinson’s research, also disagreed with the audit’s assessment.

“I think it’s apples and oranges, I really do,” she said.

Regardless of who is right, the need for Parkinson’s-related programs in San Diego County is undisputed.

Some of that evidence can be heard regularly in a Sorrento Valley office park. Earlier this week, a group of people with the disease gathered in a suite there for a therapeutic harmonica class that was created by the association to help strengthen the vocal muscles that Parkinson’s weakens.

Lester Cohen, who was diagnosed with the disorder on July 7, 2000, said after the session that he does think Parkinson’s research has been the “sexier” cause recently — and sometimes at the expense of funding for programs that help current patients.

“I support the research tremendously. The people who are doing that are doing a fantastic job, but that needs to be separated from [other] program provisions,” Cohen said.

Over the years, the association’s other services have included post-diagnosis empowerment education and innovative programs such as Rock Steady Boxing, which uses certain moves gleaned from the sport to reduce tremors.