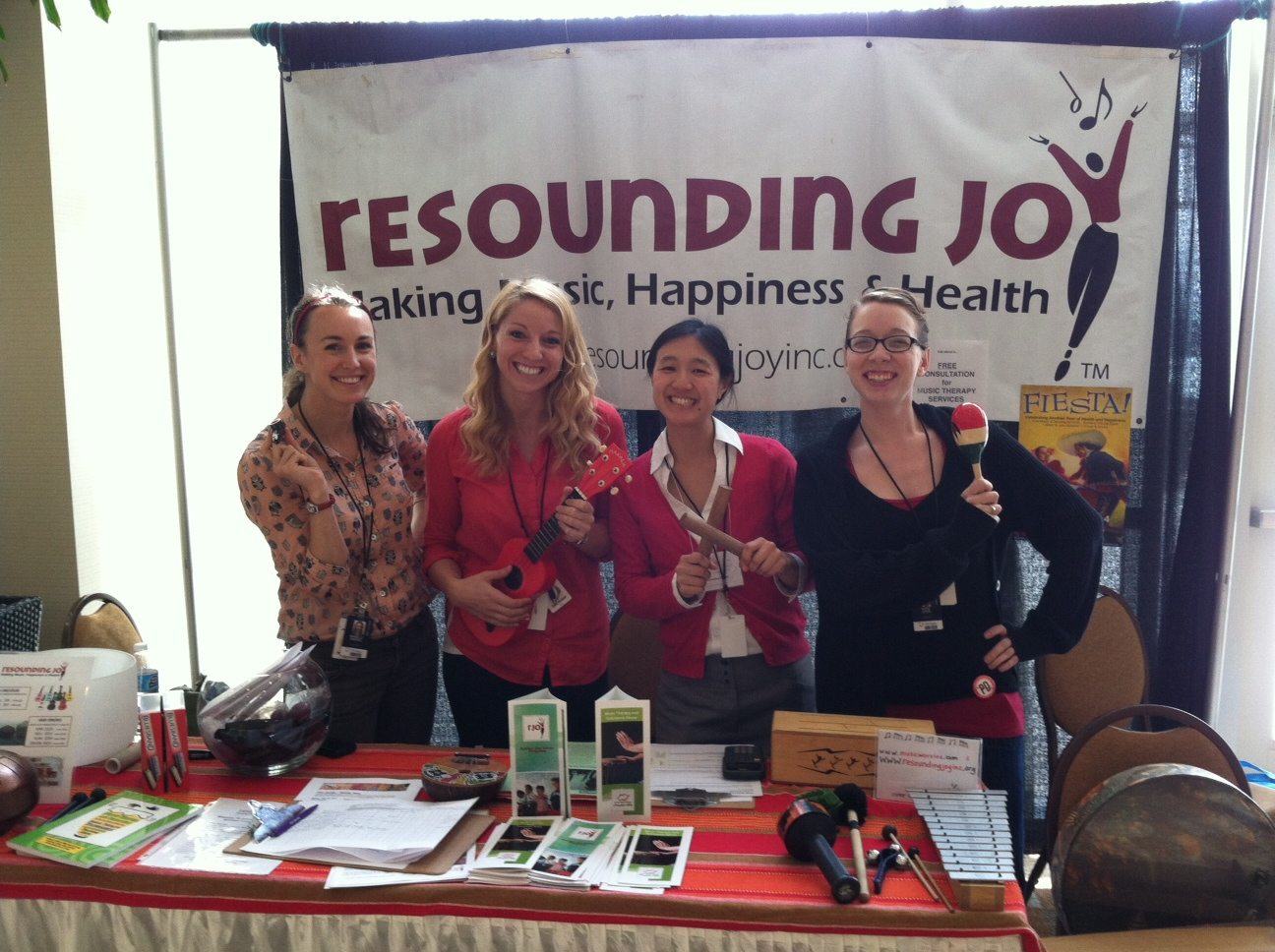 03 April In Internship by MusicWorx

On March 16, 2013, three of the interns (Katie, Marielle and Anna) and music therapist, Derlin Hsu, MM, MT-BC, had the opportunity to host an exhibit booth at the Brain Health Fair held at Hilton San Diego Bayfront Hotel, a health fair that occurs on the first day of the American Academy of Neurology‘s annual conference. This was a free, daylong event, connecting the public (roughly 2,000 visitors) with resources such as classes led by doctors, general education on the brain and its disorders. These included exhibits by local organizations and a Discovery Zone.

Our booth was a hit! We had fliers and instruments on display. The team took turns answering questions all day about music’s effect on brain functioning and its use to bring about functional outcomes. We also had the opportunity to walk around to see the other booths, picking up resources for thorough information on brain disorders such as parkinson’s disease, multiple sclerosis, ataxia, dystonia, and so many other conditions. There were also several hands-on learning stations at the Discovery Zone to learn more about the nervous system’s major nerve pathways and another station simulating what it might feel like to have multiple sclerosis. If you completed a series of classes or interactive learning stations, you could earn a free bike helmet (which Derlin earned–woohoo!). We were so grateful to have this opportunity. We interacted with the experts on these various disorders and educated on potential benefits for music therapy.