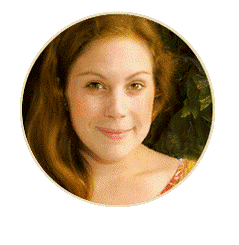 These days there is much discussion about the importance of post–secondary school education and the value of a college degree. Stories about graduates from almost any college who are discovering their career paths always seem to involve intriguing twists and turns before the direction becomes clear. As life circumstances and opportunities come into focus, best-laid plans often readily morph. Many Berklee alumni earn their degrees and then find themselves on a trajectory that leads toward an area of music they hadn’t considered but that proves satisfying. For others, the path leads away from music and to fields in which they never pictured themselves

The stories of the alumni presented below include those of two who stayed in music—one as a music therapist the other a conductor—as well as two graduates who follow careers as an orthodox Jewish rabbi and a playwright. The thread running through their stories, though, is a continued love for and belief in the meaningfulness of music.

The Healing Power of Music
For millennia, people across the globe have turned to music to experience its extraordinary ability to lift and inspire. But only in the early decades of the 20th century did the powers of this ancient art form begin to receive scientific scrutiny and formal implementation for medical benefit. Early practitioners of music therapy worked with military personnel who had returned home from World War I bearing the physical and psychological scars of war. A century later, board-certified music therapist Rebecca Vaudreuil is involved in cutting-edge efforts with music to help U.S. combat veterans suffering from post-traumatic stress disorder (PTSD) after returning from Iraq and Afghanistan.

“These veterans often have a different set of challenges accompanying their PTSD,” explains Vaudreuil, who has treated more than 500 people with the disorder. “Because their incidents are so recent, their symptoms are more acute. For example, injuries caused by improvised explosive devices (IEDs) create a different type of trauma from, say, chemical (weaponry) used in earlier wars. Also, these veterans continue to lose people close to them because their fellow servicemen and women are still overseas.”

After graduating from Berklee in 2008, Vaudreuil began working with vets when she relocated to San Diego, California. Her internship at MusicWorx Inc., where she worked at a neurologic rehabilitation center among other facilities, led to a position with Resounding Joy Inc., a non-profit music therapy organization where she developed a military outreach program for veterans in San Diego. “In 2010, we began with a music-wellness pilot program at the Naval Medical Center San Diego,” she explains. “Recently returned veterans learned how to use music in their daily lives to relieve pain and anxiety and as a vehicle for self-expression.”

The following February, the program expanded to include veterans from Naval Base Point Loma in a residential program to help those struggling with PTSD and substance abuse. The music therapy sessions are a mandatory part of their rehabilitation. Vaudreuil began similar work with veterans of the Wounded Warrior battalion at the Marine Corps Base Camp Pendleton in Southern California. Her work has recently been expanded in the U.S. Department of Veterans Affairs system, where music therapy sessions are being introduced for the first time at this VA location in the Spinal Cord Injury and Disorders Department.

The sessions can be individual or in groups that include veterans and/or their families. Vaudreuil creates an atmosphere where veterans feel safe and free to explore ways to deal with their trauma through music. “There’s no typical session,” Vaudreuil explains. “With some veterans, I might use guitar with easy-to-play open tunings, for others we might use light drumming or singing sessions using songs they know and love. Others may have had oral motor damage due to an IED explosion, and we use techniques like humming or deep breathing exercises to help them rediscover their voices.”

“Everything Changed”
Vaudreuil also leads songwriting workshops that provide veterans an outlet for sharing their combat experiences. This effort attracted the attention of Matt Sorum, the former drummer for Guns ‘n’ Roses and Velvet Revolver. “Matt was so moved that he invited veterans to his studio to record their songs and helped them produce CDs for their families and friends.” Sorum has also donated a number of instruments to the program